So I recently purchased a few things from Cool Components, one of which was the Leaflabs Maple. 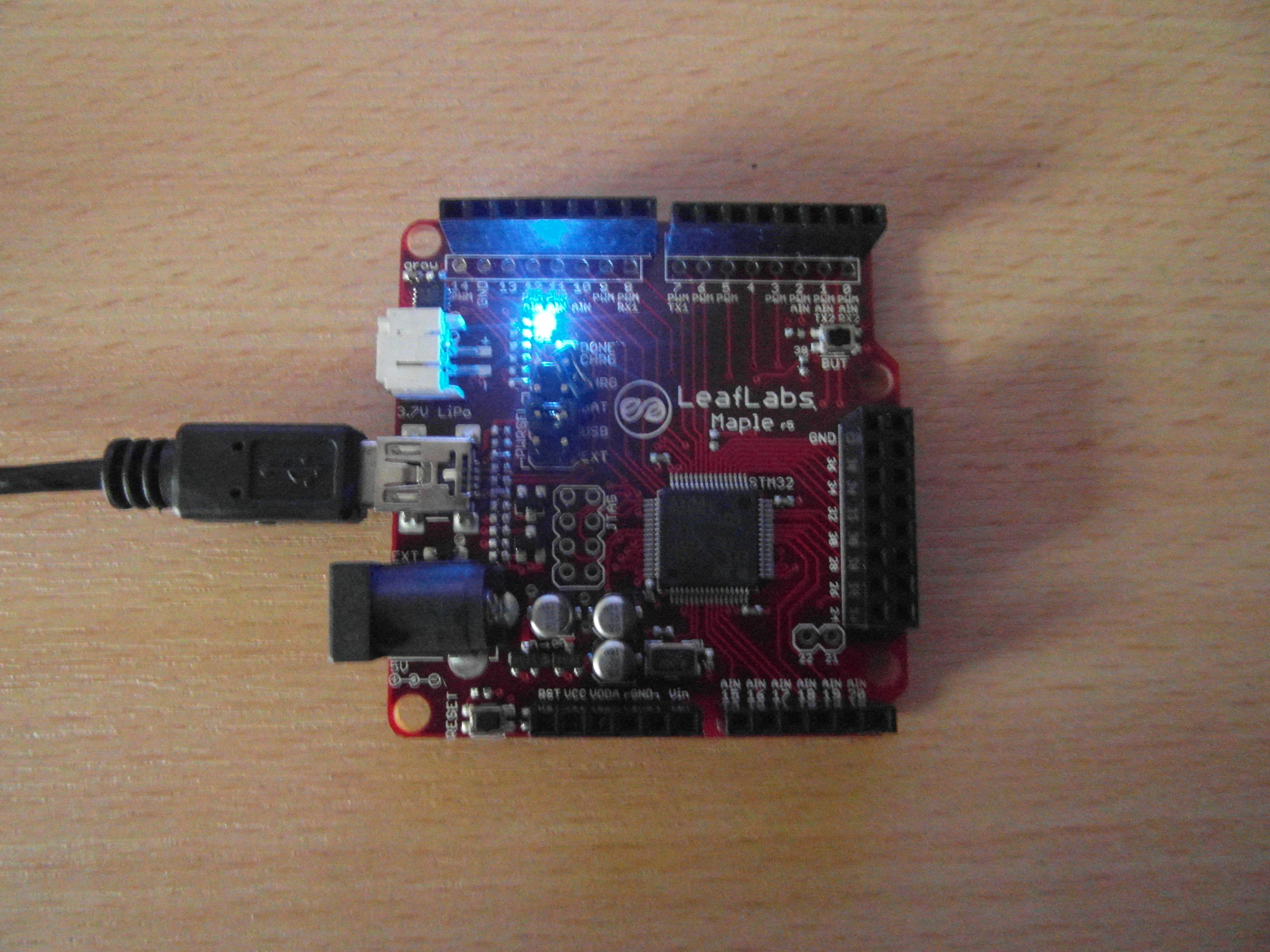 This is a development board that is very similar to the Arduino – in fact, one of its aims is to be as similar to the Arduino as possible, while giving a chunk of extra processing power, memory and loads of extra inputs, all on a smaller board! At the Maple’s heart is a 32-bit ARM microprocessor, the same type already used in hundreds of different portable devices. Maple also has its own IDE that is so similar in function and use to the Arduino’s that you can directly copy code between them, and unless you’ve used any chip-specific commands your code will be fine (I’ve tried this, and it worked perfectly). The only drawback I’ve found is that the Maple’s power handling is a little less sturdy than the Arduino’s and I’ll have to be a little more careful to avoid frying it.

I intend to use this board in the next iteration of the tap detector – the increased memory and processing speed is exactly what I need to work out all those FFT’s more accurately, and with less delay.