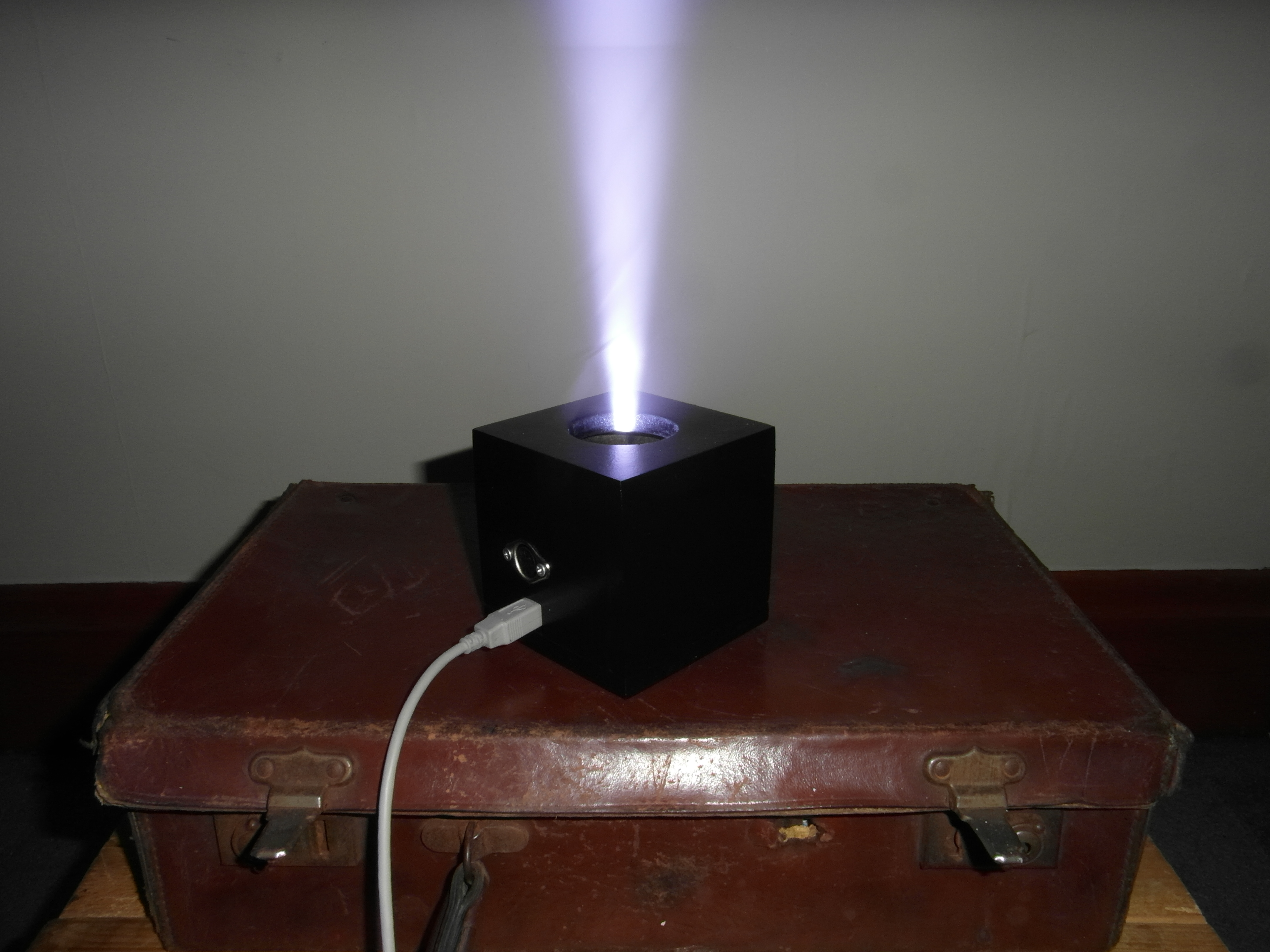 Another of the projects I’ve been working on for the maker faire is something a little simpler than the laser harp – a range sensor that converts a detected distance to midi messages. These messages are usually control change messages, used for adjusting different effects and filters in music software, although I have programmed a version that transmits midi notes (which is a little like using a theremin).

The LED you can see shining is just to give a visual indication of (approximately) where the sensor’s beam is – which spreads out in a 20 degree cone and is sensitive 20cm to 150cm from the detector.

More pictures below, including some of my messy wiring and glue gun gluing. 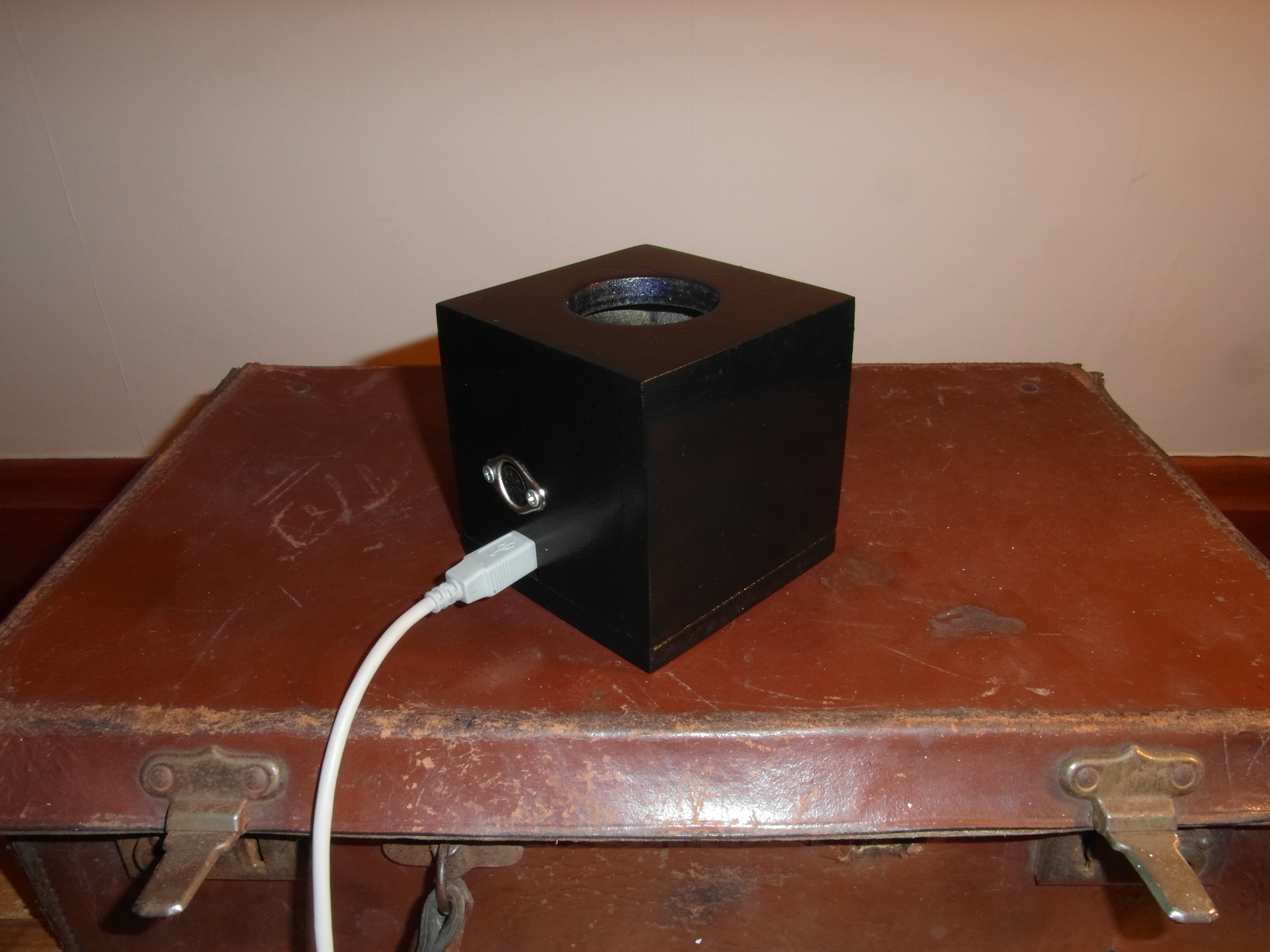 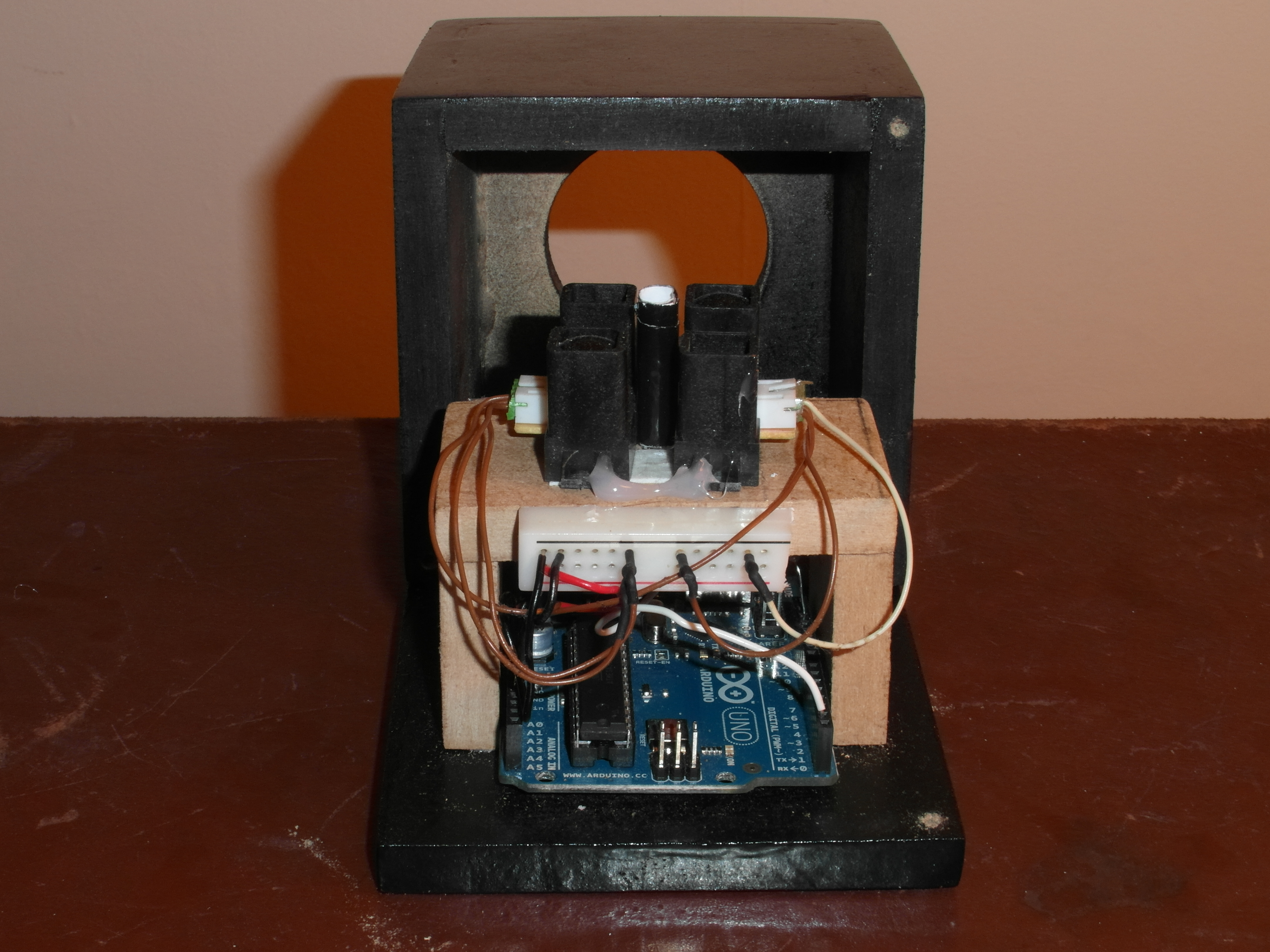 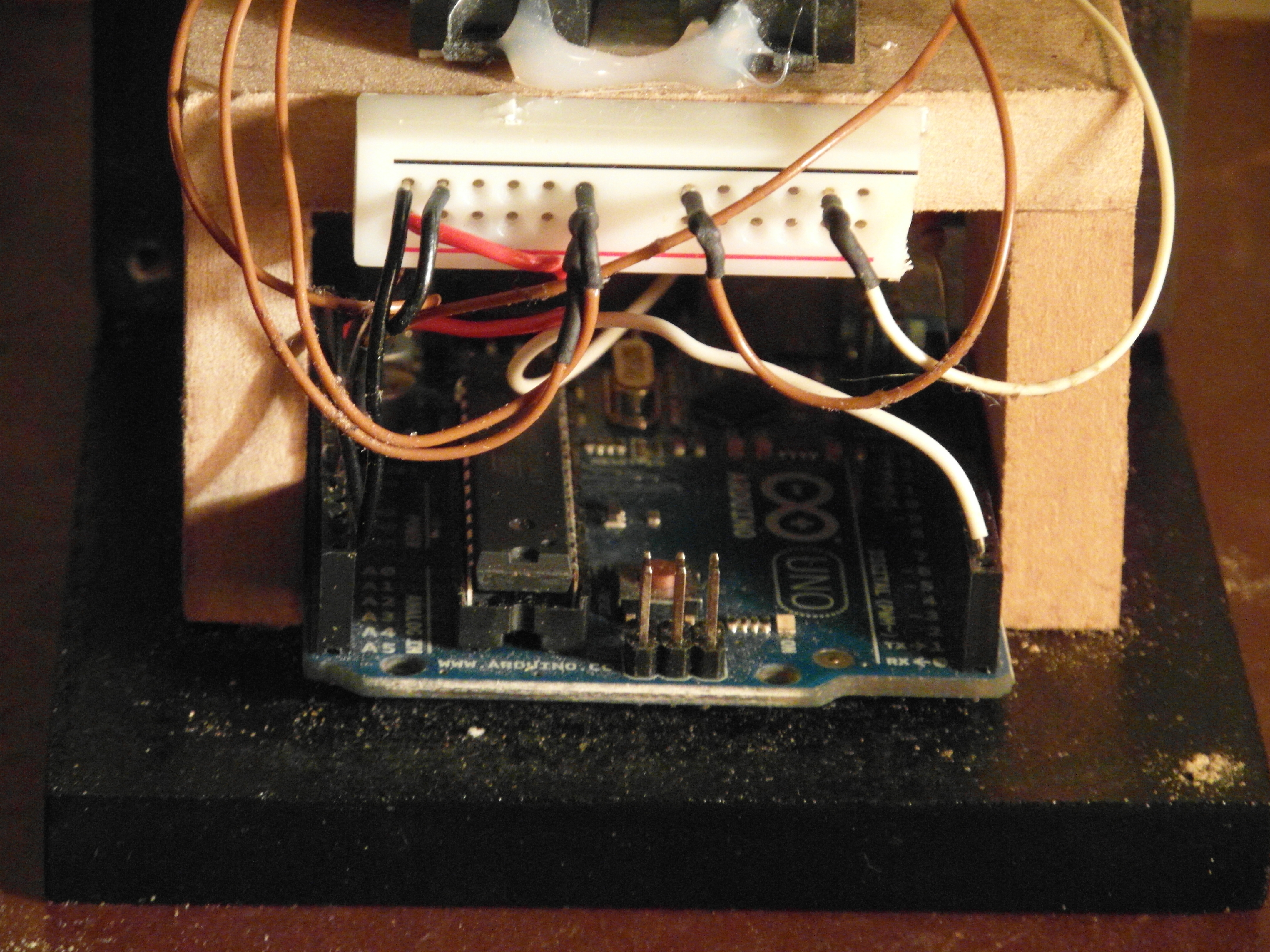